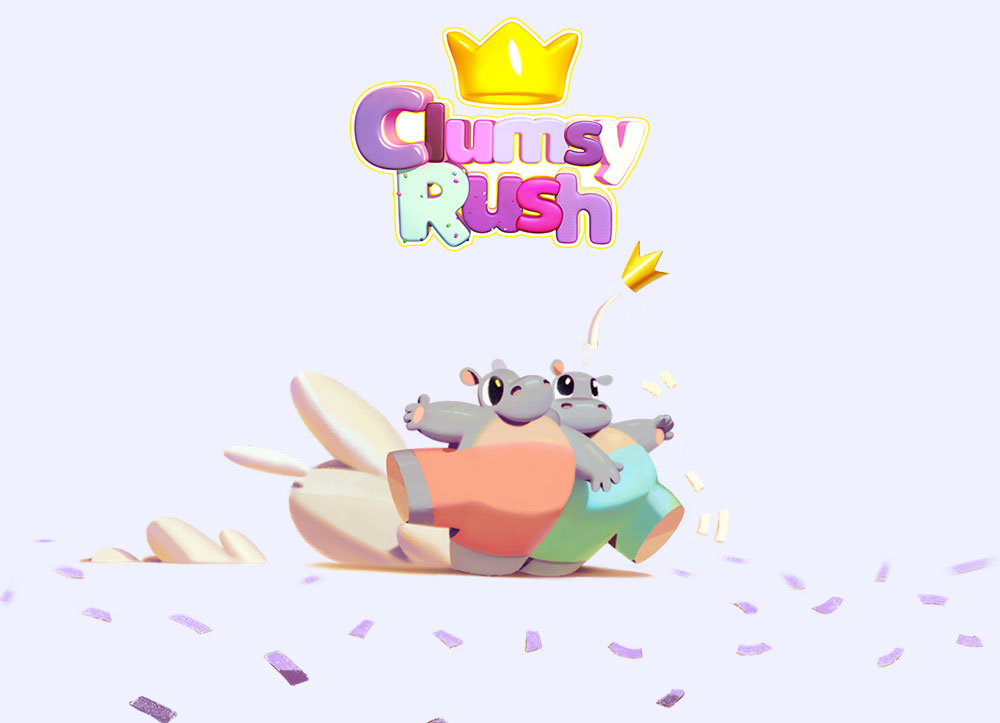 Clumsy Rush is a fun-filled game that will have you and your friends laughing for hours. Move around like a duck, bump each other, steal the crown and have ton of fun together because time spent with friends and family is priceless.

See that shiny yellow thing that looks like a crown? That’s what you’re after! Grab it and run to the finish line. You can’t be the King of the Race without a crown! Is your friend wearing the crown? Bump them, knock the crown off their head, then scoop it up and run, run, run!

The game is packed with 25 modifications, 27 Hippos and 47 random levels! There’s something for everybody to enjoy. Players make their moves at the same time, so the fun is faster than ever! 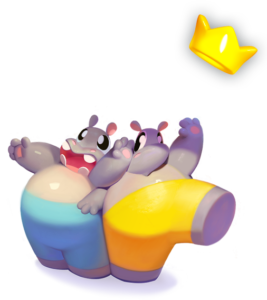 There’s no time to wait: just rush and save real Hippos in their wildlife!

The publisher RedDeerGames will contribute part of the budget to support Hippopotamus in wildlife in Africa and to adopt Hippos – as they are on the list of WWF endangered and vulnerable animals! You can watch, follow or join the movement by following Clumsy Rush on social media. The hashtags #AdoptAHippo #ClumsyRush

Amazing Facts About the Hippopotamus (Hippo)

The name Hippopotamus comes from the Ancient Greek ‘river horse’. An adult Hippo needs to resurface every 3 – 5 mins to breathe. The process of surfacing and breathing is automatic, and even a hippo sleeping underwater will rise and breathe without waking. Hippo calves weigh approximately 45kg at birth and can suckle on land or underwater by closing their ears and nostrils. Soon after birth, mother and young join schools that provide some protection against crocodiles, lions, and hyenas. Despite its stocky shape and short legs, it can easily outrun most humans. Hippos have been clocked at 30 km/h or 19 miles/h over short distances. Hippos will travel on land for up to 10km to feed. They spend four to five hours grazing and can consume 68 kg of grass each night. Their closest living relatives are cetaceans (whales, porpoises, etc.) from which they diverged about 55 million years ago. The IUCN classified the Hippo as having vulnerable status in 2008.

REVIEW CODES are available. If you want to check out the game and write your opinion on it, please reply to this e-mail and we’ll gladly provide you with a review code!