The Fluffy Horde is coming!  Save your crops from the enemy and try to withstand the rabbit TSUNAMI. You are the only thing standing between a magical rabbit-mancer „Shaman” and the complete annihilation of the Three Kingdoms.

OH NO, IT WILL NOT BE EASY
Fluffy Horde is a 2D side-scrolling game with a crystal clear goal. Defend against a magical bunny horde with hyper-breeding tendencies. Halt their offensive or die of embarrassment. 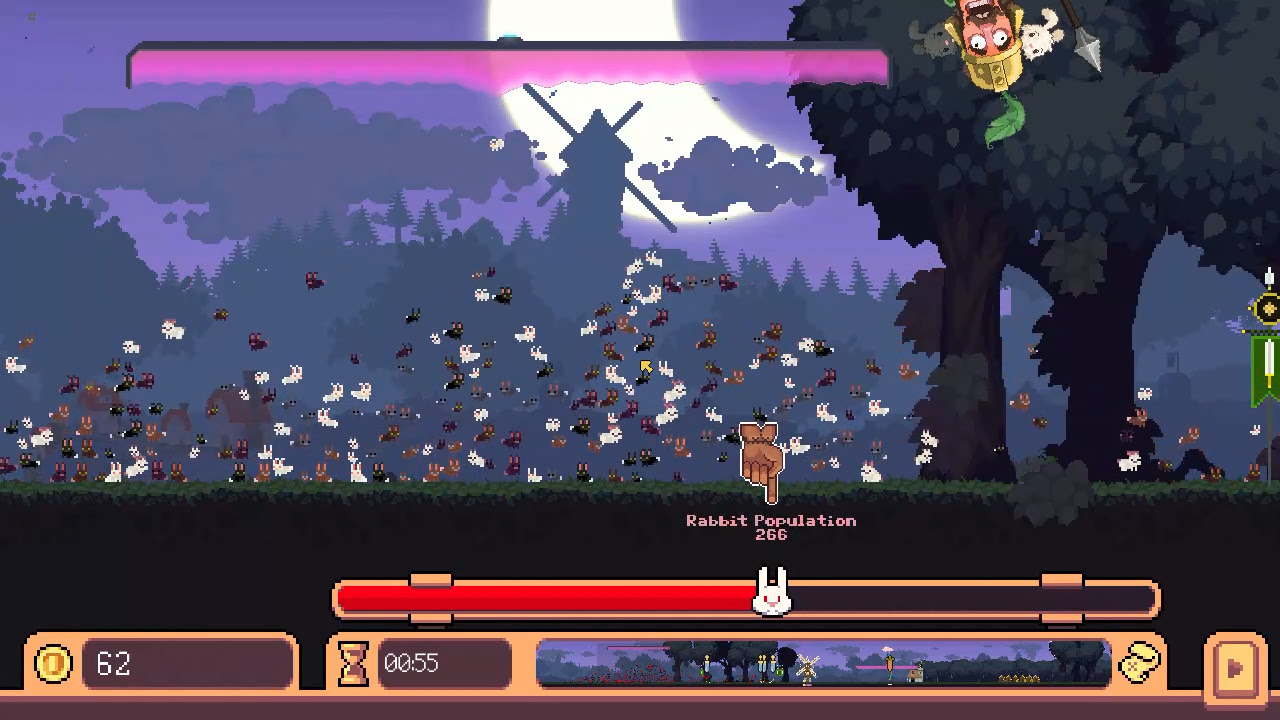 WHO LET THE RABBITS OUT?
Stop the armies of fluffiness by commanding your warriors, archers and… many insane individuals. Seriously we even got a humanoid carrot that will take a rabbit bullet for you.

LET’S DO IT!
If you free enough cities, you might even discover the reason behind this insane invasion. First Rabbit War starts in 3…2…1!

ABOUT TURTLE JUICE
Turtle Juice is a video game developer. The studio started its work in 2018 and its first project is Fluffy Horde. Founded by a group of student friends during their studies.

As they say themselves: We make games and sometimes games makes us.