From the hot volcanic planet, through the frozen landscapes to the wild jungle – 7 Horizons expands into new sceneries and new heroes!

Get ready for exciting platform challenges with shooter elements – all with a comic book atmosphere, humor, and hand-drawn graphics. 7 Horizons is coming to Nintendo Switch, Xbox consoles, and Steam later this year.

In addition to screenshots, RedDeer.games has shared new information about their upcoming project, the space comic platformer.

– 7 Horizons is all about original hand-drawn, beautiful worlds. We wanted to create diverse landscapes, with an emphasis on the Marvel-style comic character of the drawings, but at the same time maintaining a cosmic atmosphere – says Dominik Czarniga, Creative Director of RedDeer.games.

As for the biomes and protagonists themselves, RedDeer.games presented information on three planets and their inhabitants. It has been confirmed that Jelly – the main character, a living jello – will be able to take the form of inhabitants of the planets he will visit.

This was the first planet attacked by Invasion. Because Wulca’s people fought back, their home was damaged badly. Most of the space is filled with rocks and lava. Technology is scarce, rough—includes only stone gates. 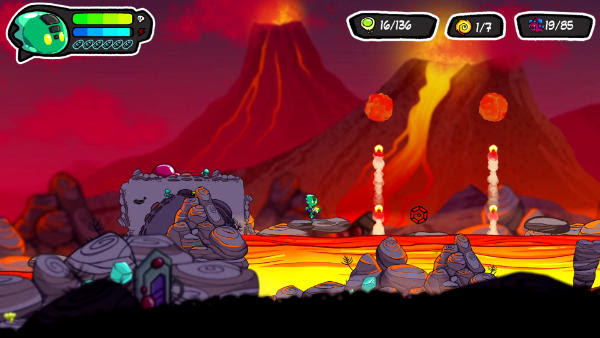 Wulca’s people are very proud. They live for a long time, even for thousands of years, and don’t often change their mind. They move slower, however, they make up for it with their great firepower, flame dash which damages enemies, and special skill – an explosion that injures all monsters around. In addition, their strength is useful in pushing large objects.

The people from this planet were living in isolation even before the Invasion appeared because they cannot survive in other biomes and bad experiences with people from other planets made them suspicious and reserved.

This ice-covered land is full of dangerous traps – icy spikes and frozen surface on which everyone slides doesn’t make things any easier!

Residents of Frosty Labyrinth do not care about minus temperatures, because their whole life is an iceberg. Their gunfire is slower – but their bullets are extremely dangerous, think of them as a kind of snipers! Furthermore, their bullets slow down opponents, and if that wasn’t enough, their ultimate skill triggers an ice blast freezing all monsters around – these few seconds’ advantages can often decide the fate of a fight!

Their special skill – sticking to walls – will definitely help overcome levels. On many planets, you can find special places where can use these Ninja skills and jump were no other hero can.

People from this planet were peaceful and calm, so when the mutation started to spread they took another approach and didn’t really fight against the invasion.

Plants’ people can heal themself – their shots suck the life out of their opponents, and when things get really dangerous ultimate skill increase the amount of life their steal! They have a strong connection with nature, although, their design and weapon can suggest that wasn’t always the case. 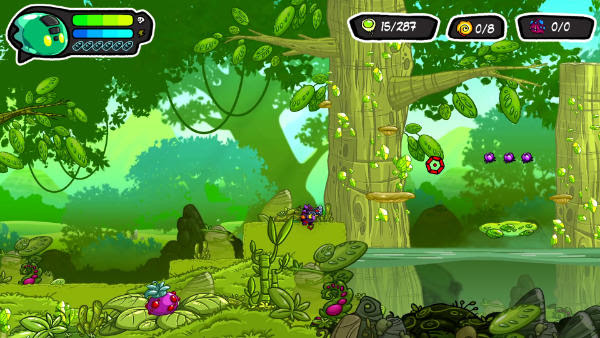 This great jungle of Garden of Worlds hides many secrets! From the ground full of wild flora to the treetops where one wrong step can end in disaster! The forest is not friendly to visitors, so in some places, the presence of natives activates plants that will help you get to further corners of the planet!

ADD 7 HORIZONS TO YOUR STEAM WISHLIST!

Currently, the company is working on the science fiction game Time Hole, with former NASA director Dr Alexander Nawrocki as a consultant, and the comic, humorous platformer 7 Horizons. We also announced two games in the universe of the beloved comic „Kayko and Kokosh”.