Help Roco the racoon save his girlfriend and… the rest of the universe.

Travel your spaceship across a variety of planets, and defeat different monsters on each of them as you build barricade labyrinths and obstacles in this adorable yet strenuous tower defense game.

Broken Universe: Tower Defense is coming to Nintendo Switch later this year, thanks to RedDeer.Games.

Roco is just an everyday racoon. He’s just given his sweetheart a pretty necklace… which caused the ENTIRE universe to explode! She’s nowhere to be found and he’s the only one who can save her.

KABOOM!
The explosion wrecked the entire universe. One might even say that it’s… broken. Roco with the help of a ragtag group of scientists needs to protect his ship from incoming attacks. 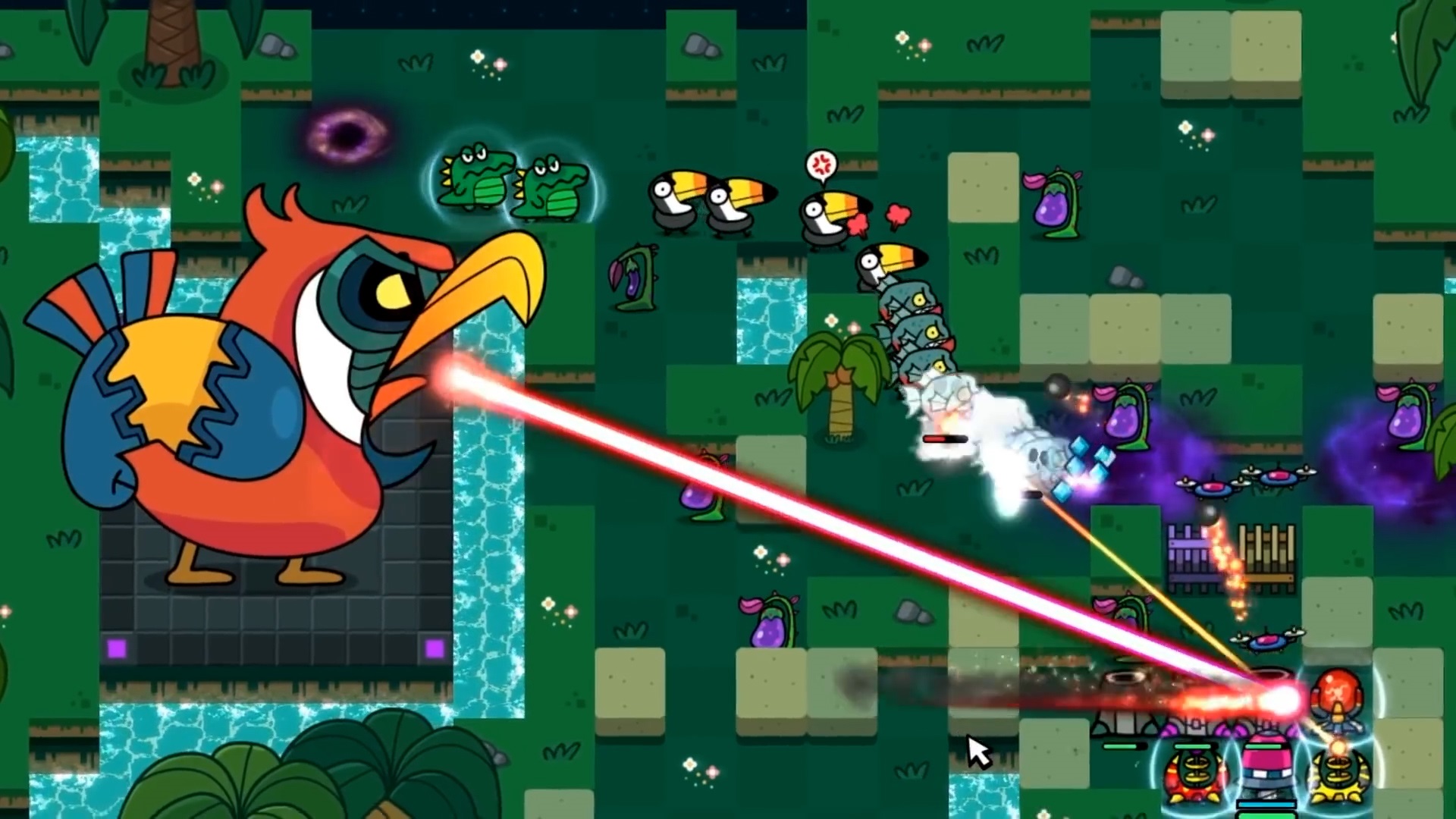 STRATEGIZE
Help Roco reach his goal and destroy the enemy waves in this unique tower defense game. Your brain is your biggest weapon. Decide where to land and how to fight your way out of the enemy’s hands.

TONS OF GOODIES
Block all paths or guide monsters down a long line of fire. Find out which towers and barriers are the best for your unique playstyle.

Game developer based in Seoul South Korea. Initially, they were focused on creating mobile games, now expanding the releases with PC and new consoles like Nintendo Switch. Their games so far are: Bump Crash, Broken Universe, and Sheep and Wolf.