The old-school arcade game Cyber Protocol has never been so intense. In December, the best of the best compete with each other, battling through deadly levels and trying to get the highest high score—and $1000! Meanwhile, those who wanted to share their impressions could win a PlayStation 5.

We thank all participants for their engagement! Below is the list of winners and a little surprise.

Wondering what the first impression of Cyber Protocol players was? Now you can find them on Twitter under the hashtag #CyberProtocolWOW.

In this contest we asked players to complete the first level of Cyber Protocol and tweet the first words that came to mind after finishing it. The prize was a PlayStation 5.

The second contest was inspired by the old days—like the whole game—where high scores actually mattered. We decided to bring back the tradition and reward the best players in the world with cash prizes.

To take part in the contest, you had to write on Twitter or Facebook a post „I’m competing for the #highScore in Cyber Protocol game” and play in the „TOP 20 Global Ranking” mode.

Although sinister corporations are relentless in their attempt to take total control of communications, we managed to contact the best player in the world!

We bring you the transcript of an interview with the winner of the #HighScore in Cyber Protocol contest. 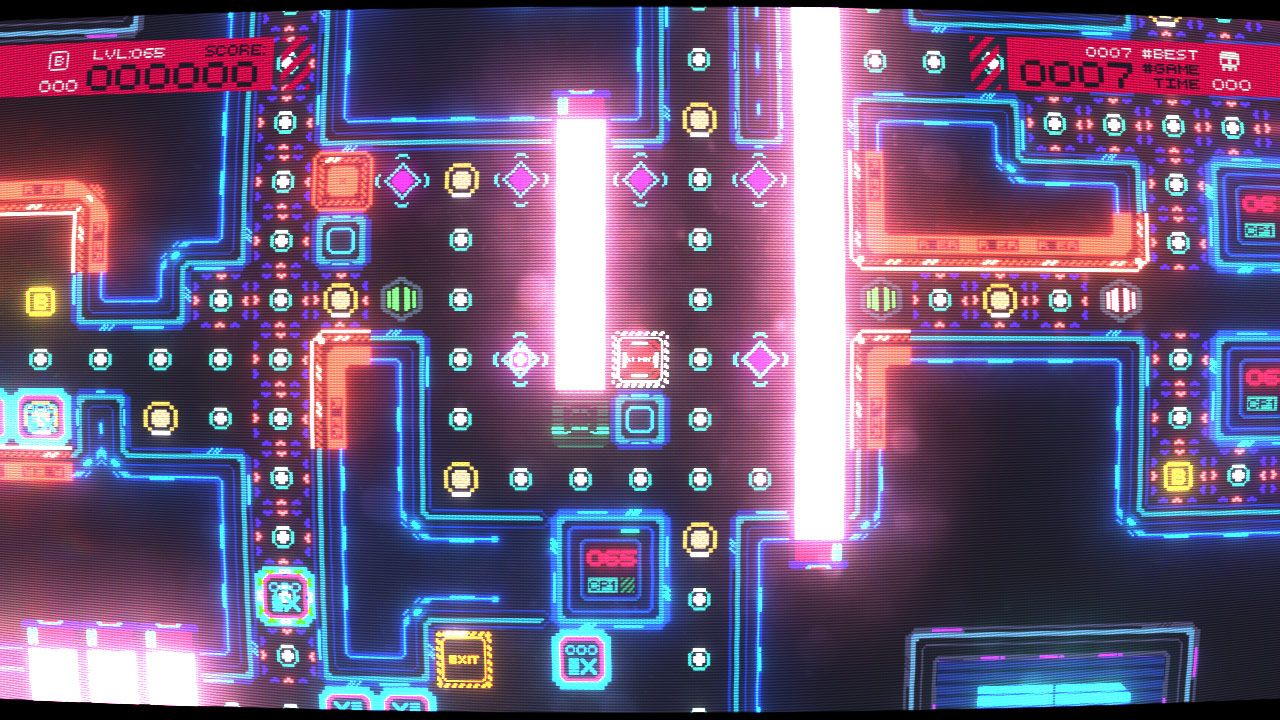 BARTEK, REDDEERGAMES: How many hours have you played Cyber Protocol in total?

VSIMCO: This is actually a tough question to answer since I played the game on all the platforms it has released on (Xbox One, Switch, Steam). Xbox One ~ 50 hours (first version I played), Switch ~ 4 hours (have not beaten it yet), Steam ~ 460 hours (though I guess leaving arcade mode paused overnight would have that effect).

After such time you can probably judge it fairly. What do you think is the best thing about Cyber Protocol?

My favorite part of Cyber Protocol is definitely the interesting mazes – and finding the optimal path through those mazes.

A lot of logical puzzles require mostly just a lot of thinking. Cyber Protocol adds the challenge of timing in combination with the logical deduction needed to solve the mazes which gives it a unique flare.

There are similar games to Cyber Protocol out there – Cyber Protocol keeps things relatively simple for the player (you go up, down, right, left), the complexity and variation is all external  to the player and shows up in the puzzle itself – I liked that simplicity – you do not need anything external to the game itself to solve a puzzle.

The combination of logical thinking, arcade timing, and no external knowledge needed are the best things about Cyber Protocol.

No. My goal for the Steam version was to be able to beat the game in less than <10 lives (23 lives for the winning run) – I did not achieve that goal – but will probably come back to the game. The longest I went without dying was actually around 50 stages.

Around December I thought I had a good chance of winning the competition so my focus went from not dying to finding consistent speed run paths through the game. Consistency is important in a run which is going to last 2-3 hours going through 100 levels where one small mistake could kill you – and using checkpoints takes up time which eats up your score.