Boreal Tenebrae is a dark retro adventure in the style of 90s PlayStation 1 classics, with cartoonish graphics and synth wave music to deepen the atmosphere of horror.

This disturbing, surreal story will be available on Nintendo Switch and Xbox One / Xbox Series S|X thanks to RedDeer.games on April 8.

Sudden technological changes and digital evolution cause terror and anxiety in society. In a small, lonely town where this type of transformation proceeds much slower, the impact of this kind of phenomenon is always increased.

And people are usually hostile to it.

WHAT IS REALLY GOING ON?
In such a small town, Dusky Rivers, set in an idyllic landscape, this story begins. A technological anomaly suddenly appears.

This phenomenon bends reality and absorbs what is in its vicinity from time to time. And its first victim was your sister Sarah. 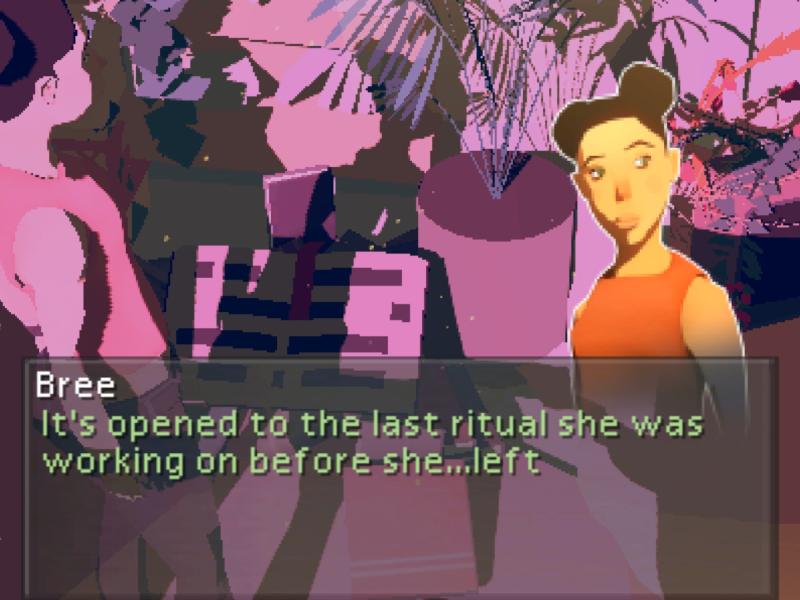 TEAMWORK
Play as Bree, the main character, Sarah’s sister, as well as her friends, and city residents.

Each of the characters looks at the town differently, has a contrasting story and diverse insights, but each of them is important in the attempt to solve the mystery of the anomaly that Sarah was accused of causing.

SAVE THE TOWN
Explore and discover the town and its alternative, dark version. Collect and redo items, discover diary recordings to learn more about the story, and play cassette tapes.

Complete the ritual started by Sarah, save her and others from the alternate world, and discover the dark secrets of a slowly decaying town.

Boreal Tenebrae was nominated for Best Art Direction and Best Narrative at the Canadian Game Awards 2021.

ABOUT DANIEL BEAULIEU AND SNOT BUBBLES PRODUCTIONS
Snot Bubbles Productions is an independent team working in Canada with a passion for making games founded by talented artist Daniel Beaulieu.