In this 2,5D platformer we are going through a story of the dog named Bea, send into space, who along with the players is having epic adventures and meeting a lot of less and more friendly creatures from outer space.

FIRST WITH THE EYES OF ANIMALS
Before humans explored space by themselves, a lot of animals were paving the way to the stars – they were those, who saw up close what a lot of people encountered years after.

Unfortunately, a lot of them did not survive this journey… except for Bea.

RELY ON YOUR SENSES
Bea is not a superdog. She doesn’t have any superhuman – or to be precise: superdog – powers. Just like any other dog she can rely only on her senses: smell, sight, and hearing.

These are the main basics of mechanics called “detective mode”, which will help her reach the destination and protect her from danger. 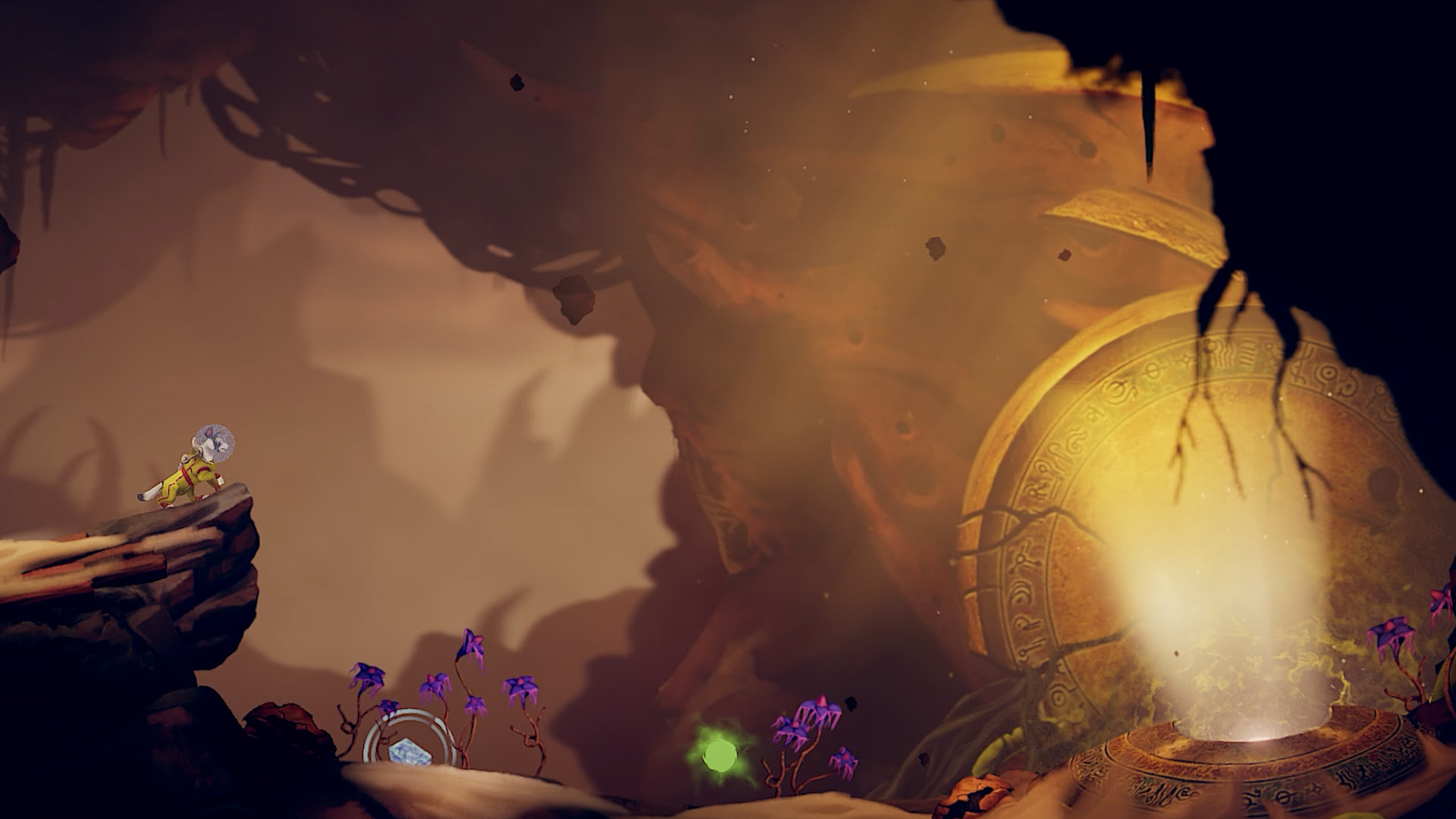 MAKE RELATIONSHIPS
During her journey, Bea will meet many extraterrestrials. Some of them will be friendly, others will treat Bea as a danger. You can interact with the creatures and communicate through a dialogue system – based on the dog’s behaviour – to create a bond, find some common language and help each other.

However, you need to be very careful, because each action will have its consequences.

MEET COMPANIONS
Travelling across different worlds Bea will befriend two entities: Comet Rose and the robot 8088Y. They will accompany her through the almost entire game, helping her solve puzzles and rescue her from troubles, and in the end, influence the game ends.

Each companion has unique abilities, which the player will have to use at the tight moment in the game. ENJOY YOUR COLOURFUL ADVENTURE
Space Tail gives a fun, but also makes players think because it’s not a simple story about a dog in space. It’s our homage to every animal who leads humans way to the stars and our journey to times when every one of us played retro platformers.

ABOUT LONGTERM GAMES
Longterm Games is established in 2020 by Albert Rokicki and Robert Ogłodziński game dev company which goal is to create unique, outstanding video games that players want to experience endlessly.

Their business model is based on creating games with long monetization period (long sellers), generating income for many years, both from selling base game and DLC’s, co-op packs, season passes or their sequels.

Despite the relatively short time of operation, the company cooperates with gaming and IT veterans, known from CD Projekt RED, Klabater S.A or Deloitte Poland.