Gem Wizard Tactics has received a release date! It will be available on the Nintendo Switch and Xbox platforms on February 18th, 2022.

Get ready for crazy emotions and straining your tactical mind!

AWAKE A TRUE STRATEGIST IN YOURSELF
Master all skills, think tactically, and prove that you can win any battle, even in unfamiliar territory! Remember – each battle is a complex puzzle to solve. 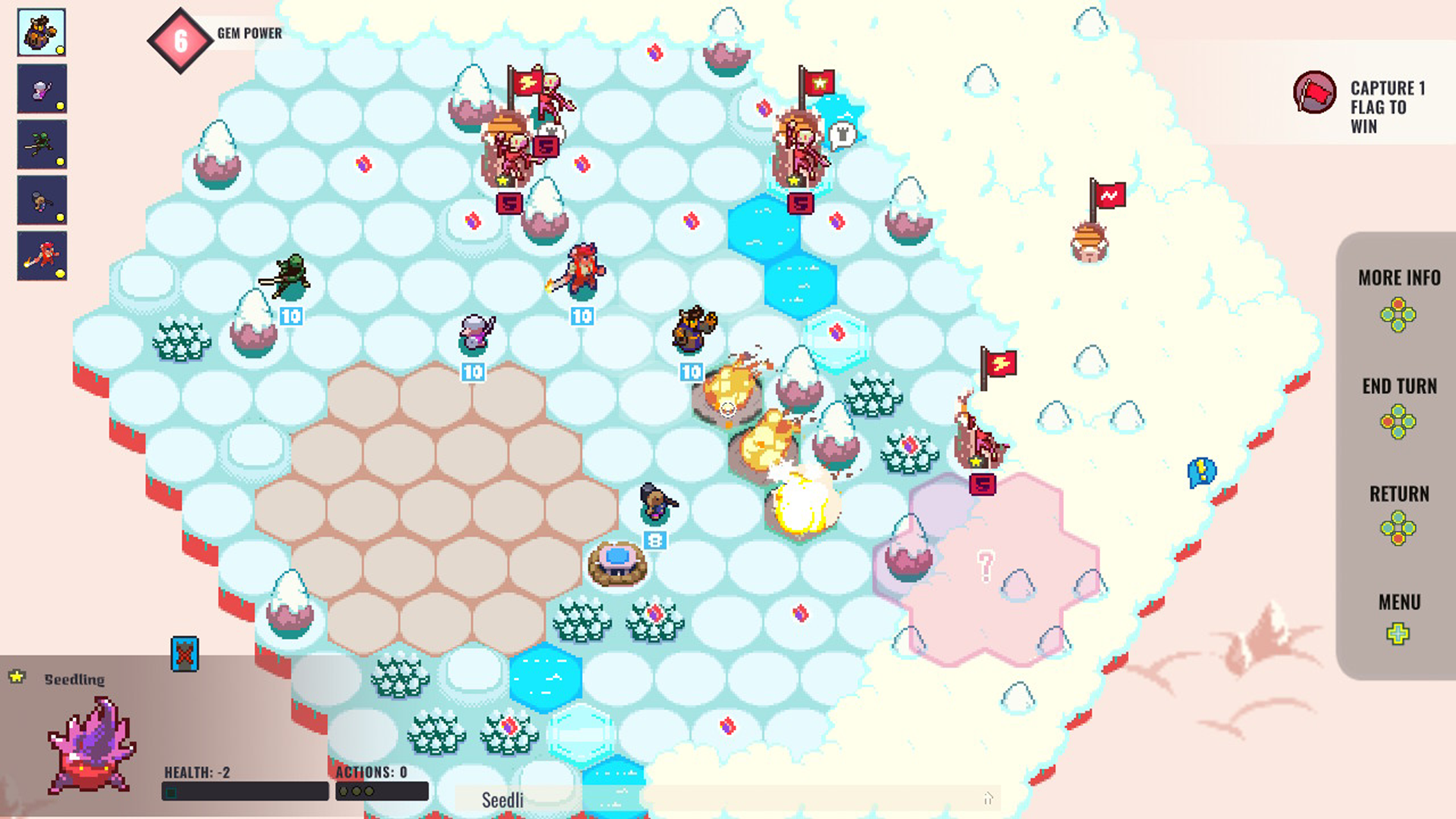 A HELLISH CORPORATION
Here they are, Business Demons. They’re here to conquer whatever they can with their corporate hands. Follow the adventure of a young intern on an epic quest to find the truth about Omni-Gem!

COMPLICATED SWEETNESS
Use all the opportunities provided by the map and your skills to defeat the enemy. Even the most irrational! Be creative and inventive. Crush, use the forces of nature like fire and ice, and win battles in the most spectacular … or funny ways.

With four nations, and 26 unique units – each with special skills to use – and the variety of methods available in the fight. All this in a cute, cartoon pixel art style.

He has released several games, such as the award-winning tactics game Gem Wizards Tactics, as well as other critically-acclaimed games 100 Rogues and Auro: A Monster-Bumping Adventure. He also successfully kickstarted the card game Dragon Bridge, his first published tabletop game.

He runs a podcast that features in-depth discussions on game design topics called The Clockwork Game Design Podcast. It features interviews with academics, writers, and industry professionals on topics related to game design.