Delve into the dream of a dying town. Boreal Tenebrae will take you on an incredible retro-style adventure, inspired by PlayStation 1 classics, with a mysterious atmosphere and horror elements.

The game will be released on Nintendo Switch and Xbox One, Xbox Series S|X by a global publisher RedDeerGames.

DIVE INTO THE GLOOMY DREAM
Delve into the gloomy dream of a diseased and dying town in Boreal Tenebrae. Experience a retro-style adventure with a mystical atmosphere and horror elements. 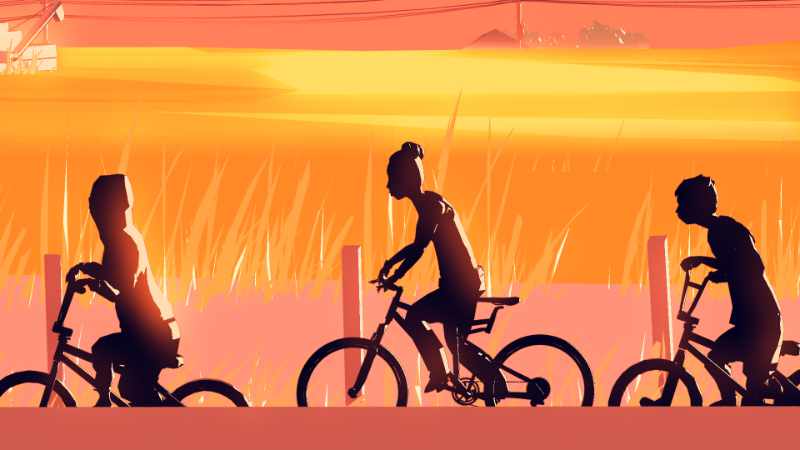 SEARCH FOR SARAH
Play as a teenage girl named Bree and search for your missing sister Sarah. She began the ritual but was consumed by it and vanished. Investigate the disappearance of your sister and complete the mystical rite to save the dying town.

EXPLORE THE DYING TOWN
Explore a diseased town where everything is unusual. Strange boxes that emit hypnotic static appeared in town. Some citizens, including Sarah, have been absorbed by this mysterious object and never come back.

ATMOSPHERIC ADVENTURE
Experience an atmospheric adventure with horror elements, during which you play as multiple characters, each with their own story, and travel to actual locations in town and dark versions of them.

SOLVE THE MYSTERY
In this nightmare, you have to solve the murder, search for your missing sister Sarah, and complete the mysterious ritual to save the dying town. Will you be able to unravel all the dark secrets of Boreal Tenebrae?

ABOUT REDDEER.GAMES
RedDeer.games is an independent development studio present on the market since Q4 2018. The company publishes its own and third-party developed games.

Currently, the company is working on the science fiction game Time Hole, with former NASA director Dr Alexander Nawrocki as a consultant, and the comic, humorous platformer 7 Horizons.

ABOUT DANIEL BEAULIEU AND SNOT BUBBLES PRODUCTIONS
Snot Bubbles Productions is an  independent team working in Canada with a passion for making games founded by talented artist Daniel Beaulieu.