Your love has been kidnapped by a mysterious villain. However, all your life you have been prepared to overcome evil in all forms. So this time it will be no different!

Maki: Paw of Fury is a beautifully animated fighting game in the style of retro arcade gems. Use your martial arts skills to stun and defeat your opponents and kick the main villain’s ass!

RedDeer.Games announces a game that it co-finances with the developer – Bacord Games. Maki: Paw of Fury will be released on PC, Nintendo Switch, Xbox, and PlayStation consoles next year.

PAW OF FURY
You play as a sweet little fox – Maki. Don’t be fooled by his cuteness, he studied the arts of Tsume no Ken and he’s an excellent fighter!

He must now rescue his friend from the hands of evil Mapu. In this task, he’ll be helped not only by the power of his fists but also by his favorite dish… Weapon. Tuna. 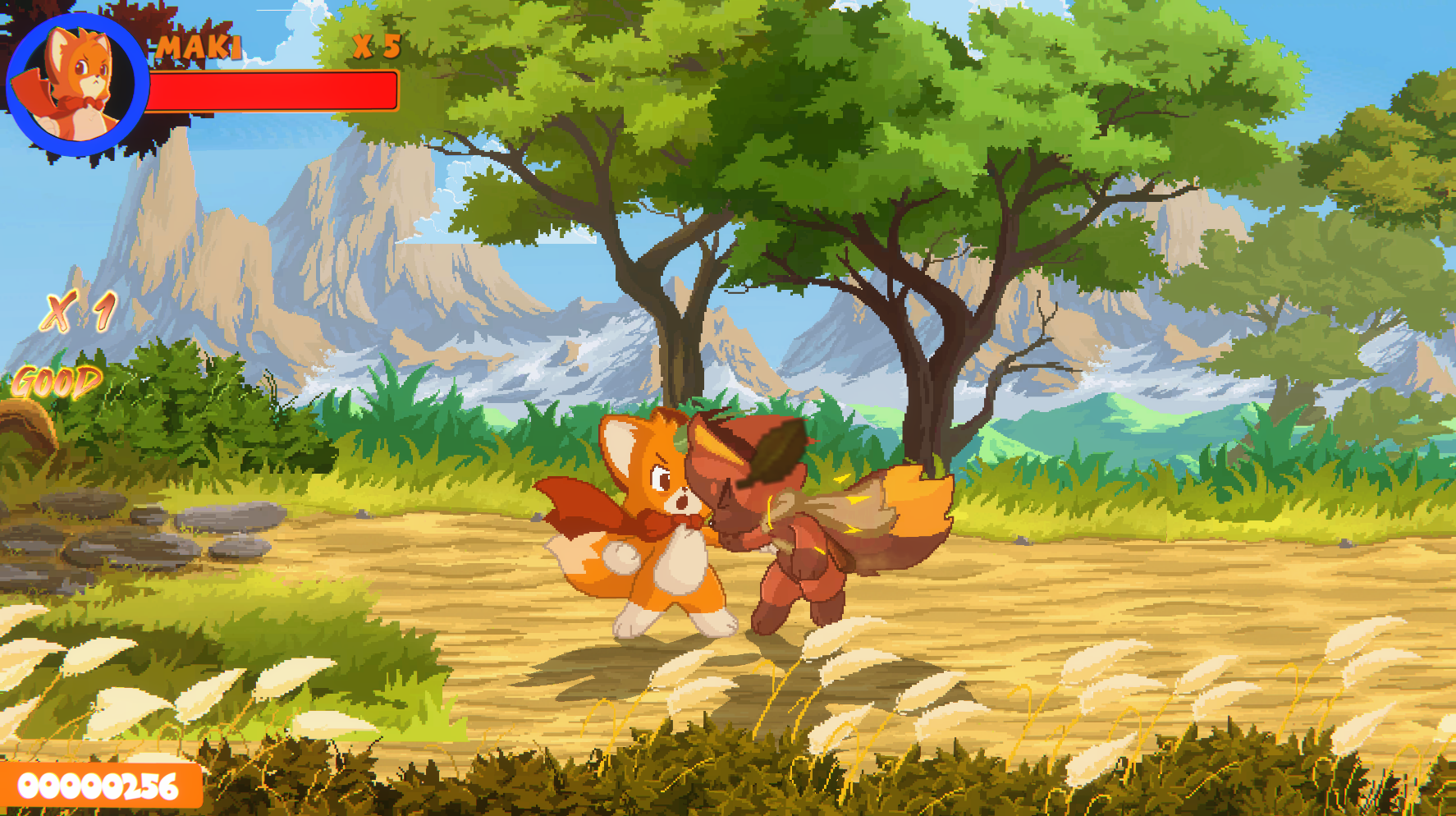 ARCADE LOVE
Maki: Paw of Fury is a game developed by Argentinian studio Bacord. It’s a project made by lovers of classic arcade games – a tribute to the good, old times and queues for fighting game machines.

All of this comes with a pinch of humour and beautiful visuals and music.

FIGHT!
Make your way through five unique locations! Every level is different and each of them has an inimitable minigame. Face diverse and dangerous opponents, alone or with friends in couch co-op mode!

Practice your skillset and movements in the dojo and be ready to overcome difficult bosses. This is the time… FIGHT!

ABOUT BACORD GAMES
Bacord Games is company that manufactures video games located in Buenos Aires, Argentina, on the banks of the Rio de la Plata, the widest river in the world.

Always surrounded by the smell of Argentine barbecue and good football, their passion is to give the best every day, no matter what the cost.

They’re working on the creation, development, and completion of the product, for mobile platforms and PC. Dedicate themselves to discovering new challenges in the world of entertainment.