A unique, enthusiastically received by players, retro pixel platformer will be released for Nintendo Switch thanks to RedDeer.games. It was created by a one-of-a-kind duo of brothers – SEEP – admirers of old, classic games.

When you feel the shivers under the word „vintage” and the image of your beloved 16-bit console appears in your mind, this is a message that will surely please you.

Packed with crazy action, the dark adventure of Swords & Bones is coming to consoles and will make your heart beat faster!

FOR RETRO LOVERS
All kinds of monsters, traps, dangerous obstacles, and powerful bosses, in crazy locations!

Everything you know and love from old classics, enhanced with modern mechanics! It’s a tribute to the classics of retro games. This is a game from real fans for fans. 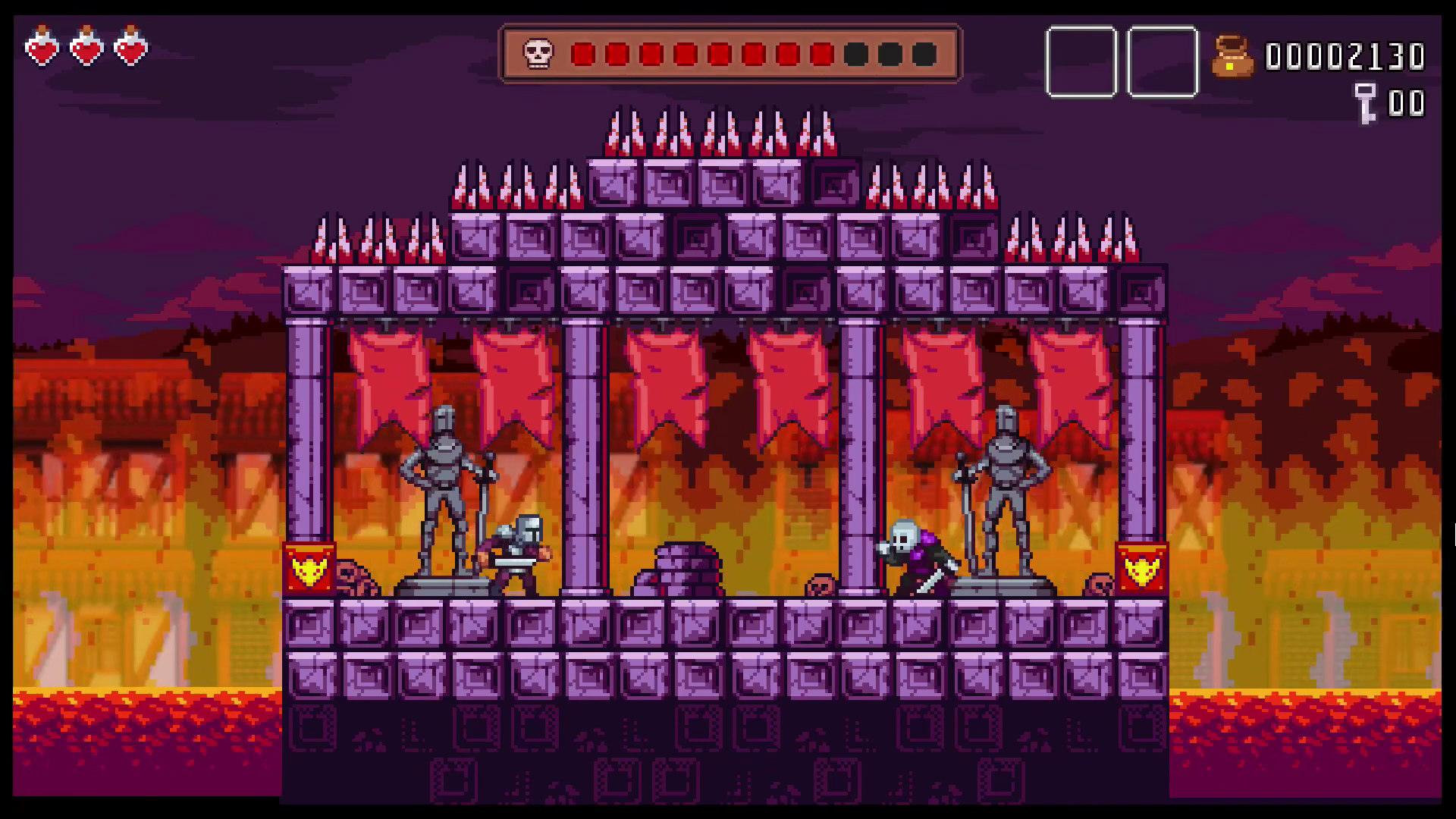 RPG ELEMENTS
A dark middle age fantasy world filled with the undead, skeletons, demons is waiting for you.

Collect coins and improve your hero by buying upgrades and power-ups in the shop. Learn new skills and spells to defeat your enemies even more effectively.

SECRETS TO UNCOVER
Explore the full story and see both different endings. Collect all the hero’s trophies.

Admire the nostalgic pixel graphics and discover all the secrets hidden in a dark world dominated by fear and cruel creatures.

KEY FEATURES
– Over 50 levels, a huge number of enemies, and 6 bosses to defeat!
– Two different story endings!
– Improving the hero and acquiring new skills
– Pixel-art graphics in the 16-bit style which you love!
– Do you remember the golden age of chiptune music from the 80’s / 90’s? Such music will accompany your adventure!

ABOUT SEEP
A unique duo of developer-brothers with great love for old video games. They create retro-inspired games that are appreciated by many players!

Their hits so far include very well-received dark fantasy Swords & Bones, 8-bit inspired Roar of Revenge, filled with Japanese demons Soul of Katana, and many more!