RedDeer.games has announced another unique video game in their portfolio. EleMetals: Death Metal Death Match, an epic blast of demonic, local multiplayer chaos developed by Wallride, will be arriving on Nintendo Switch and Xbox One, Xbox Series S|X later this year.

Shred your friends and pull your re-emerge soul to survive in this dynamic arcade action platform game packed with deadly challenges for 2-4 players!

KEEP YOUR SOUL ALIVE
Rush to return your soul to your corpse – though it gets more complex with each death! Don’t let your soul leave the Realm, or you’ll be kicked out of the arena.

UNIQUE DASH MECHANICS
Move in any direction, bend, or hover – Dash towards enemies to destroy them, dash into Shards to bounce them back, or dash past traps to avoid dying! 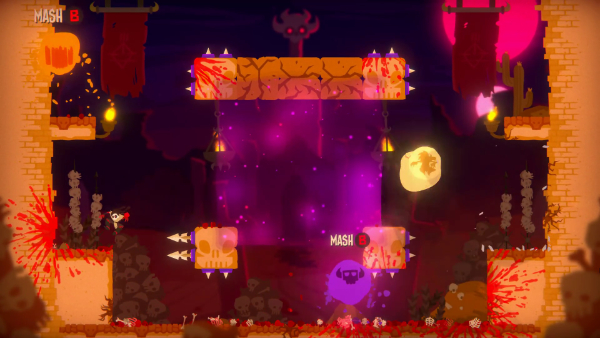